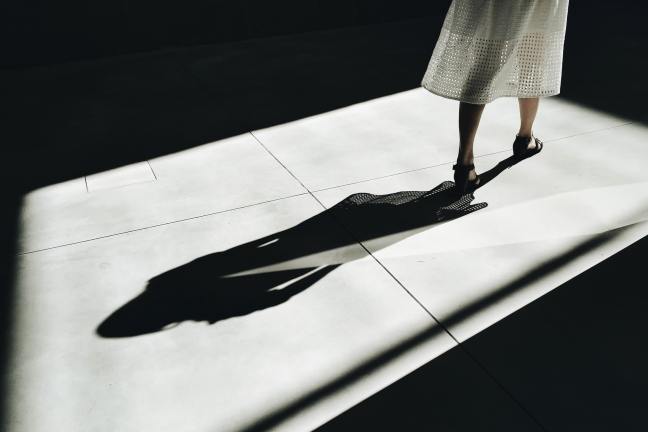 The sun has made its way into my window this morning. It is a clear day with only a few high, thin clouds at the moment—warmer than it has been. I’m thankful for bright sunlight on this new day.

Before the sun rose, I was chatting with a good friend who has a ministry dealing with faith and mental illness. He has had a hard time lately, including a brief stay in the hospital to help him get straightened out. He does not have an easy path to tread in life. His story is not one that many would want to live.

In our conversation we got to talking about depression and doubt. The comment was made that perhaps we are all on a spectrum of these things—it is simply part of the human experience. I tend to agree with that. In response I said that I thought all the saints had a measure of depression and doubt.

When I read Jeremiah I hear the echoes of his existential angst. I hear moments of wrestling with God. I hear arguments that God had somehow tricked him into this life of being a prophet. It is not always sunshine and light. There are all kinds of dark traces across Jeremiah’s work. He was called to minister in a difficult, even destructive, time. How could he have not had moments in which he was filled with dread and all that goes with it?

I think of John of the Cross. Honestly, I tire of hearing folks talk about the ‘dark night of the soul’ when they seem to misuse it so badly. It is not just a dark time; it is not just a depression, although that’s what most folk tend to think. They describe their hard times as ‘dark nights’ when those may be not much more just bearing the cross. It’s a good phrase—a catchy phrase—that has caught some people up in mistaking their troubles with serious spiritual growth.

Few of us have truly been through the ‘removal of all consolations’ such as John describes. Most of us have something or someone that we can hold on to. Indeed, our danger is that we hold too closely to the earthly comforts rather than abandoning them to fall completely into the arms of a mysterious, merciful God. An endless stream of self-help books and programs attest to our desire to solve life on our own terms. People are told over and over again that positive thinking alone will pull them out of those dark spots. Merchants of the selfmade are constantly using the statement that “if I can do it, anyone can do it,” as evidence that they are successful and you can be too! We have a host of ready-made and readily available props to keep us from anything dark or depressing. Most people are grasping for the shiny straws of self-help rather than facing the real darkness.

The dark night is deeper and more demanding than the usual pop programs. Few truly arrive at the dark night, and those who do are often misunderstood. Saint Theresa of Calcutta is an example of this. When she confessed that she had experienced ‘the absence of God’ many took that to mean that she was somehow not as religious as they thought. Some were critical of her. Many of those who were most critical are still walking in the baby steps of faith, it seems to me.

It seems that she had encountered the dark night and had continued in faith. No bright lights, no loud bands, no flash and dazzle, no neon signs saying: “Here is a saint.” Just a day by day waking, and working, and worshipping, even when it may have felt as if she was receiving nothing in return. Day by day, she looked into the face of poverty and need and hunger and disease, and she kept on serving others. Her spirit was a deserted place emptied of ego and self that could receive more of God than we can scarcely imagine. Yet, she knew the darkness well.

Those who can truly see the light are the one who have beheld the shadows. Those who reflect light are themselves acquainted with the dark side of things. There is no place for a Pollyanna faith in a world with real pain and problems. Saying everything is just fine is not faith, it is denial. Thinking we can make everything right by repeating some positive affirmation is a stretch that might even be a delusion.

Doubt is a part of faith. Without some doubt we would have certainty—and the arrogance that goes with it. Doubt reminds us that we might be mistaken and that we are truly making a decision that includes a degree of unknowing. Depression is part of faith. There are going to be moments when we are not elevated and elated, when we feel the edge of the abyss and fear falling into it. Depression is a reminder that we are not sufficient unto ourselves; we are incomplete and need a salvation that comes from above. Darkness is part of faith. After the Transfiguration with all its brilliance and light, Jesus came back down from the mountain into the dark valley of peoples’ pains and problems and poverty—he did not look away.

Shadows, shame, sin. Darkness, doubt, depression. Light, life, love. They are all connected in our spirits, in our lives, in our world. The saints have seen this—indeed, they have lived it.