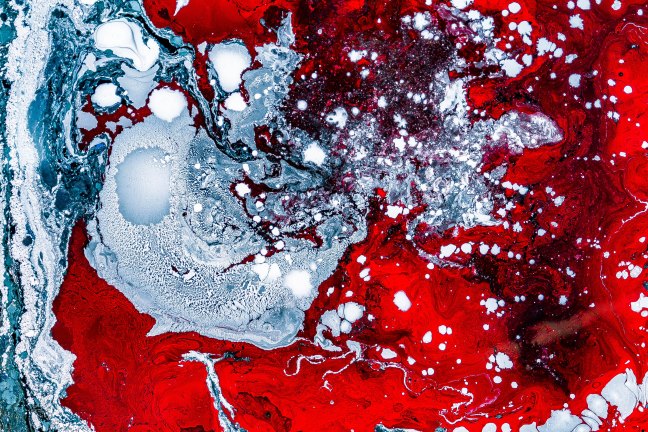 My oldest sister, Janet, had been diagnosed with Acute Myeloid Leukemia back in April. She was instructed to get to Vanderbilt Medical Center in Nashville within 24 hours and be prepared to stay four to six weeks. She endured diﬃcult rounds of chemotherapy. At one point she had been in the hospital for 32 days without being outside to see the sun. It was an ordeal, to say the least. Her best chance of being cured was a stem cell transplant.

I had been on the Bone Marrow Registry for many years. I used to donate platlets for someone I knew. I have given a lot of blood over the years. It was no stretch to volunteer and be tested for this situation as well. 10 for 10. That was surprising news.

But it was not a done deal. My sister and I also share some other similarities that would aﬀect this process. We come from a family with a history of vascular problems and strokes; indeed, while she was going through the ﬁrst round of chemo Janet suﬀered a slight stroke. We come from a family with a history of diabetes, and the medical team said that was a concern. We also share issues with heart arrthymias—yet another factor that could aﬀect the outcome. There were all sorts of conditions that could have prevented the transplant, or at least, my being the donor. We were too much alike in some ways—the ways that could lead to complications.

After much screening and poking and prodding and exams, it was determined that the process would go forward and that I would be the donor. 10 for 10 is hard to beat, right?
The process involved a serious round of chemo for Janet in which they would reduce her immune system to zero. She would have to ﬁnd an apartment in Nashville where she could be close to Vanderbilt for 100 days after the procedure. She would have to be careful with any type of exposure to infections. She would have to wear a mask outside to help ward oﬀ any potential problems. It would not be easy.

The process for me as a donor involved all the medical testing, and then a week’s worth of injections to boost my own body’s production of stem cells. It meant a week of being in Nashville and getting to Vanderbilt every morning for those injections. The amount of medicine was determined by my weight, so I had to have two injections every morning, one on each side of my stomach. There were possible side-eﬀects of this medication, such as headaches and bone pain, but thankfully, I tolerated the medication without issue.

You get to meet a lot of people through such a process. I will say that the folks at Vanderbilt-Ingram Cancer Center were all top-notch. They were kind and patient and gracious. They were compassionate about the process. They have had to go through these procedures with lots of others, but I always had the feeling that each patient was treated as if he or she was the only one on their minds. Mornings were ﬁlled with cheerful smiles. Infusions were done with care and kindness. Janet’s oncologist was an encouragement on every daily visit. Medicine is more than the materials involved; this staﬀ was also a healing presence.

Life with leukemia is a matter of numbers. Everyday there were numbers to be collected. Weight, output, input, blood chemistry, markers for certain components, and, of course, vitals were taken over and over again. It would be impossible to count the number of times that patients and donors alike were asked their name and birthdate. Often infusions were cross-checked by another nurse repeating the same questions and verifying that the right meds were getting to the right patient. Nurses live with a steady stream of numbers. The numbers have to add up correctly. The numbers have to be kept for every procedure. Numbers are generated all day long. It is an exacting profession that requires an intense attention to detail. And yet, they never seem to lose sight of the person that is before them.

The morning arrived for the harvest of stem cells. It was a Friday morning and we had set the appointment for 07:00. Actually we got there a bit before others and had to wait. Eric, my nephew, had driven me to Vandy since my part of the process had to take place ﬁrst. Michelle, Eric’s wife, would be bringing Janet a bit later for her labwork.

I had to have two more injections of Neupogen before the procedure. Those went quickly and I was escorted over to the apheresis room. They had said to wear something loose and comfortable—so I wore a kilt. The doctor was quite impressed. We joked that my toga was at the cleaners! It lightened the mood to be sure.

The apheresis portion was going to take a while. It usually takes between four to six hours to harvest enough stem cells for the transplant procedure. Numerous factors have to be watched during the process. Donor patients tend to get cold; you are, in essence, losing a lot of blood, so the body will respond accordingly. The nurse put me under a large, inﬂated, heated blanket; it was warm and comfortable. Eric said I looked like the Stay-Puft Marshmallow Man. He snapped a picture to remember this.

Another factor is that sometimes veins will spasm and contract in response to losing blood and having been inﬁltrated by some sizable needles. Even though I had given many times, the vein from which they were drawing started to spasm. I had to have some Ativan to relieve the spasms. It also tends to make one sleepy, so napped through part of the procedure. That was probably good since you have to lay pretty much completely still as well.

They draw a sample after about an hour of donation to establish how many stem cells they are collecting. It was all going well.

Four-and-a-half hours later they were done. I had donated 6.65 million stem cells for Janet to have to begin to reestablish her marrow. I was bandaged up and sent home to rest.

The donation portion takes longer than the infusion process. Later that afternoon Janet received those stem cells in about an hour-and-a-half. We were both tired from the process. I spent the afternoon sleeping and resting some more. We all went to bed early after a day we had been awaiting for months.

One of the possible side-eﬀects of donating stem cells is heart arhythmias. Janet had been having episodes of A-ﬁb. I had had A-Flutter ablation a couple of years earlier, but I’m still prone to A-ﬁb from time to time, especially during times of fatigue and stress. I had had some of both prior to the donation. My heart got out of rhythm and stayed out of rhythm for several days. Nothing much to worry about; in fact, it is something that I have dealt with for years. But it leaves me feeling absolutely drained of energy. Combine that with the stem cell donation and travel and I was completely spent. I had all the energy and enthusiasm of a rag doll for days following. Just reporting—not griping, mind you.

I have told people that there is nothing heroic about what I have done in all of this. I am grateful to still be alive and able to donate in this way. I am glad that I have been healthy enough to meet the criteria to contribute. I am amazed that we were a 10 for 10 match. All of that is due to factors beyond my control. It is a matter of grace that only needed a bit of willingness on my part.

We are still awaiting the numbers that reveal that the process was a success. It is too early to tell with certainty, but the few numbers we have seen thus far indicate that engrafting is starting to take place. Janet had to deal with an infection that was unexpected, but it was managed and now she is back at the apartment recovering and trying to get her strength back.

I did not realize beforehand that Janet’s blood type will change as a result of this transplant. She was A+ and I am O+; she will become O+ as my stem cells take hold. I am not sure of what other changes may take place. I was not worried about all of those at the time.

I was reminded of the line in Genesis in which Adam meets Eve for the ﬁrst time and exclaims that here, at last, is someone who is ‘bone of my bone.’ There is a real sense of connection and intimacy and life in that statement. He sees a connection that was not there before. He sees someone that he cares for more than he knew possible. It is one of those moments that changes everything going forward from that moment.

It seems as if something similar has taken place between Janet and me. We were siblings of the same parents. We grew up in the same household eating the same foods. We shared a house for years until she graduated and moved out. And obviously we shared a lot of genetic materials that did not matter—until now! But now we are connected biologically in a way that was not even possible a few years ago; now we are connected in a healing process that may extend her life; now we are closer than we have ever been. Bone of my bone, indeed. 10 for 10. Hoping that the odds of success are just that!