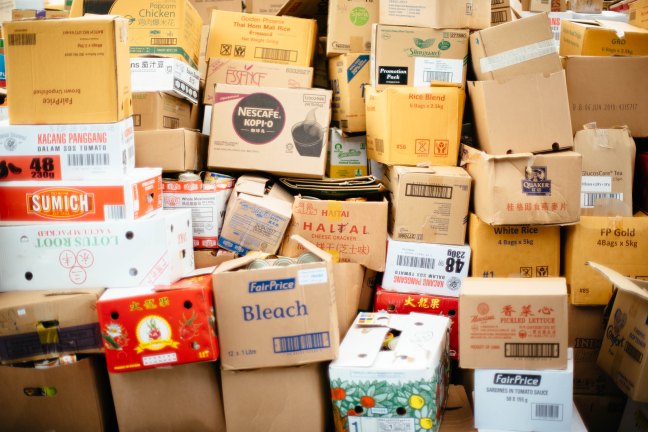 I have lived in cardboard lately. Not like those who actually do have a box that shelters them from the weather—I’m not homeless. For that I am grateful, but truth be told, there is a certain sense of homelessness when one moves. What was home for a long time is packed away in cardboard boxes, packed into trucks, and unloaded in another building. It is most certainly not ‘home’ yet by any stretch.

Moving is a process that involves one’s whole self. It is not something to enter into lightly. It can be a painful process.

Before you leave, you have to decide what to take. There is a purging that takes place. Closets have to be gone through, old boxes opened and their contents revealed, clothes are donated to charity—all necessary and worthwhile activities.

But they come with a price. In the same way that you open old boxes, you open old memories. You revisit places and people that have faded from your daily presence. You have to look back before you can move forward.

We found my old basketball jacket from junior high days. I have not worn that in decades. The funny thing was that it still ﬁt. I could still have used it, had I wanted to. But that part of my life is long since gone. No one would probably recognize it; it’s not as if I still live in that town or that age of my life. It was fun to see again. It brought back memories of being part of a team, and at the same time, being something of out outsider in the community in which I grew up. Good memories, but I no longer needed the reminder.

We found pictures of when I was creating furniture at Berea College. I had forgotten about those as well. But there were several black and white pictures of Orville Callico and myself. I worked closely with Orville for four years as I helped make furniture that supported the school and my pursuit of an education. I had spent countless hours in that shop sawing and sanding and joining and ﬁtting pieces that would come together with Orville’s skill. I took a great deal of satisfaction from that time.

There were also pictures of our children through the years. Two wonderful kids having a good time with life—playing, singing, acting, reading, listening, learning—all of them bringing back moments that had been important, but ﬂeeting. Great to see some of those again. 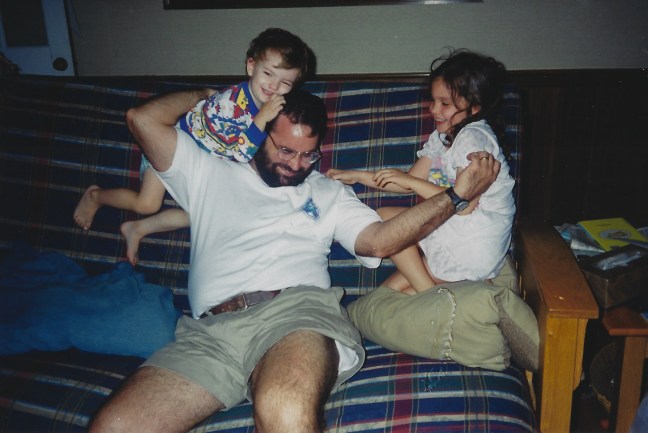 But there is only so much time to reminisce The movers were coming and it all had to be packed in cardboard. Cardboard is a wonderful invention. It is relatively light in comparison to its strength. It is readily available for free if you go to the grocery stores and liquor stores (The very best boxes for packing books come from the liquor stores, in case you did not know that yet!). Boxes can be broken down ﬂat for easy transport to the house. They can be readily reassembled with a tape gun in short order. They come in all kinds of shapes and sizes. Cardboard can be a very useful thing—even if it all sort of looks the same.

Tape box. Fill box. Label box. Put aside. Get another box. Over and over again.

The object is to put things away in some semblance of order. The labeling process is intended to make it easier on the other end when it comes time to unpack. The numbering process was intended to get boxes in the right rooms at the new location. In other words, there is a certain amount of control that goes into moving. Or at least, there should be.

The moving process itself takes a couple of hectic and stressful days. Then we awake to ﬁnd ourselves in a strange building surrounded by cardboard—lots and lots of cardboard— every where we look is cardboard. It seems more manageable on the other end. In the new house it feels like chaos.

It was chaos when I could not ﬁnd the box that contained my medicines. I was sure where it had been the old house, and I was pretty sure that I had instructed the movers not to touch items in that part of the bedroom, but I could not ﬁnd it anywhere. This was a bit maddening and could become a bit dangerous. Eventually it was found. Crisis averted.

It was chaos when you cannot ﬁnd the utensils and items that allow you to cook and eat. It takes a while to ﬁnd your kitchen amidst all the cardboard. Cooking and eating in the mean time is an adventure at best, and a complete mess at the worst. You cannot eat soup, if you cannot ﬁnd a spoon. You cannot eat a salad until you locate a fork. You get the picture and it is not a pretty one.

Another thing about cardboard is that it all starts to look the same. The opening and inspection process is another that is repeated over and over. Instead of a tape gun, you work with a knife—razor knives or ‘box cutters’ come in handy now in the same way that a tape gun was essential before. I would cut open a box, look through a box, not ﬁnd what I was looking for, and then move on to the next box. Cut, look, repeat.

Somewhere contained within all the cardboard are the items that we are looking for. A friend asked if something was lost; I replied, “No, it’s right here—it has just not been located.” Somewhere in all these boxes are the parts of my life that warranted being kept, packed, and moved. There is a box that contains “belts, ties, treasures.” The treasures box has bits and pieces of my past that say something about how I became who I am now; it has the odds and ends that will explain how I have ended up a bit odd in the end. It will wait till another day.

Right now I have to sort the chaos the cardboard contains. These things will have to ﬁnd a new home, just as I will. At the moment nothing seems “to ﬁt,” nor do I. This new space will be ﬁlled with possibilities and potential, just as I am. Given a little time and eﬀort, the cardboard will gradually disappear;the boxes will be broken down and recycled to be changed into new boxes that will contain something else. The contents will be revealed and reviewed, and hopefully, they will ﬁnd their own space. The containers that have brought the pieces of life to this new location will release their treasures so that they can be used and enjoyed again. For at least a little while, life will be both among and within the cardboard boxes and the chaos that have made this change possible.

One thought on “Cardboard Chaos”