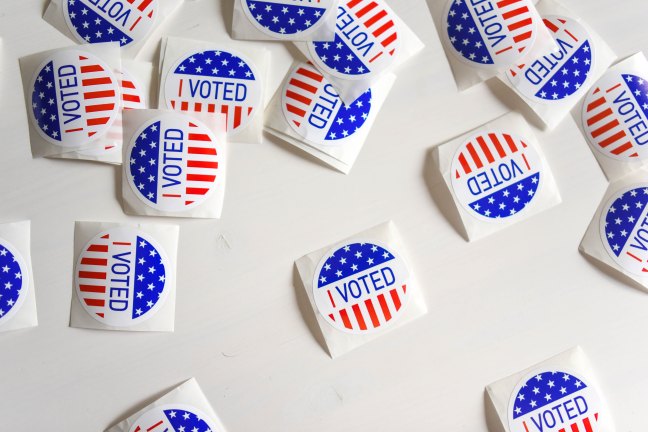 There’s a lot of shouting going on these days. Conversation has turned into contention. ‘Civil discourse’ has become less civil with each election cycle. Here we are a day or two ahead of mid-term elections and from the sounds of the commercials you would think that no one running is worthy of being elected—to hear their opponents tell it, most of them should be charged, prosecuted, and locked up at the ﬁrst opportunity. It is not a pleasant sight to see.

It makes it diﬃcult to be a pastor. Churches are made up of people who have diﬀering political views. Yes, there are some churches that lean further to one side or the other, but there is always a danger that in becoming too closely identiﬁed with one political slant that the church will be subsumed under other authorities and lose touch with Christ who alone is head of the church. A pastor has to walk a ﬁne line between two camps at times. A pastor has to be careful with his or her personal political persuasions when trying to minister to people of all colors, and that means more than just red and blue.

I’m fortunate in some ways that I learned something about how to handle diﬀerent political platforms when I was a boy. I come from a family of six: dad, mom, older sisters and older brother. We had a seating arrangement at the table that placed me between my father and my brother. That’s important to what follows.

It was a time of political turmoil in the country. Vietnam was dividing the country in many ways. There were riots and demonstrations and sit-ins and ﬂag-burnings. There was no clear answer to all the dilemmas that were roiling the waters. Again, there was lots of shouting.

Some of that was close to home. I remember the night that my long-haired, tie-dye wearing, stash pouch-carrying brother informed my crew-cut, conservative, Republican, World War II Navy veteran father that he intended to vote for George McGovern. The volume level and intensity of the conversation ratcheted up several notches between them with me sitting stuck in the middle. I was getting the shouting match in stereo as Dad argued on the right side and my brother rebutted from the left. Both of them were strong-willed and fully persuaded of their positions; both of them were not shy about letting their views be known. As I recall there was no progress made in convincing either one to change their views of what should happen. I sat quietly and kept my head down as they launched verbal salvos at one another.

I learned several things from that exchange that have shaped how I go about practicing my personal politics as well as my pastoral practice.

First, I do not always need to express my political opinions to every audience, even if that audience was my family. If I knew it would create or increase tensions, then it might best be left unsaid. That is not to say that one shouldn’t stand up for for what one believes in—it is just wise to pick the times and places to do so. Sometimes having a conversation in the right context makes all the diﬀerence.

Second, it is quite possible to love and care for people who do not think the same way —even in a family. I was keenly aware of their diﬀerences, but it would have been impossible for me to love either of them more. They were not of the same generation and they were not facing the same war; they were diﬀerent in terms of their personalities and perspectives; they were not raised in the same times or circumstances. But they were each strong men with the right to live out their views, and I appreciated them for who they were.

Pastors are in a unique position. We are viewed as spiritual leaders, but also as spokespeople who might be swayed or encouraged to support other’s political positions. We are often solicited to speak out and echo the sentiments of those to whom we preach. We are viewed as important allies in “the cause,” whatever that particular slant may be. In a way that is typically unspoken, we are expected to validate personal positions and give the weight of the pulpit to one side or the other. Preaching is always a political act because we are preaching to political people.

But just as I could not take one side against the other between my father and my brother, I am not willing to use the power of the pulpit to further partisanship. As a pastor I’m am trying to forge partnerships for living the gospel of Jesus. Life is too complex and multifaceted to be reduced to slogans and smears for political gain. God is trying to save the world, not just one side or the other. In fact, the world is made up of more ‘sides’ than we might be able to count—that, too, is a political fact. There are more people sitting at the table than just my family, or those who think like me.

So you will not hear me shouting for one side or the other. You will not see me with signs or bumper stickers supporting this party against that party. You will not ﬁnd me disparaging others for their views. I learned long ago that shouting does not tend to solve diﬀerences, and that people with diﬀerences should all be loved.