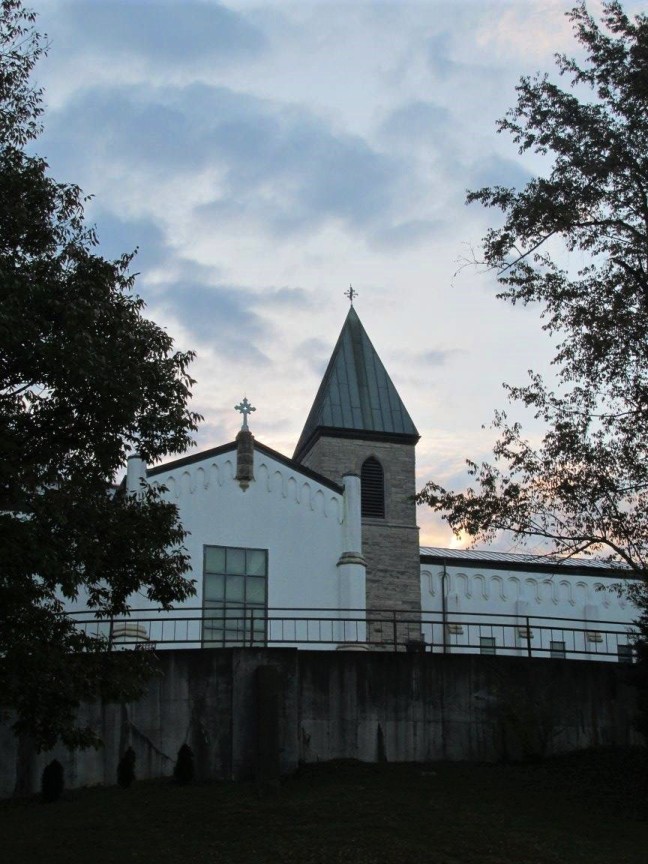 I’m heading to a holy place. In a few days I will be driving to the knobs of Kentucky, to Nelson County in the heart of bourbon country, to spend some precious time in silence and solitude. For nearly 30 years I have been making an annual pilgrimage to the Abbey of Gethsemani.

It started when I was in seminary in Louisville. I had read some of Thomas Merton during my undergraduate days; in fact, I had a professor or two who knew Merton personally. I enjoyed spiritual disciplines and daily prayer. The monastery was only a short distance by car, so a good friend and I scheduled a few days in January to head down and pray with the monks.

The guest house had recently been restored through some generous gifts. It was a simple room with a bed, a chair, a desk, and an icon of the Annunciation. It was a warm spot to spend a few days. Perfect.

In contrast to the warm room the church felt cool, well actually cold. It was sparse and empty except for the sounds of chanted Psalms. It was silent most of the day and several of the monks took occasion to sit and absorb the stillness. The white walls and white robes echoed the winter colors.

There was light snow during our stay. The snow made it quieter. If it were possible for a Trappist monastery be any quieter!

We walked out in the woods. There is a trail that leads ‘to the statues.’ The statues are oﬀ to themselves in a copse of thick woods. From the path they were not visible up the small rise to the right. You come upon the ﬁrst statue which depicts three disciples asleep in the garden of Gethsemani where Jesus prays. They are huddled closely together as if to keep one another warm. On a snowy day it seemed ﬁtting. They are still and motionless. You pass them by to go further up the hill.

I broke into tears the ﬁrst time I saw him. Jesus is not sitting and stewing about his fate. He is on his knees, upright—so diﬀerent from the sleeping disciples sprawled out horizontally. His hands cover his face and the tears that ﬂowed during his prayer. Even without seeing his expression the agony and anguish are palpable.

The impact was profound! This was no prayer of the garden variety—this was intense and intimate struggle. This was prayer of a diﬀerent degree. Life and death captured in bronze. This was a prayer that imprinted itself on my soul. If I had not found the silence of the monastery yet within the walls, then I was surely struck silent here in the woods.

There are moments when we are touched by the eternal—moments where there is no sense of time passing or clocks ticking. This was one of those. I was suddenly in a ‘thin place’ where the Divine and the human meet in an instant. I was ﬁlled with an awareness of how much of my will was running my life. I was aware that “thy will be done” was a request I needed to oﬀer more often. If I was not consciously aware of how much I was wrestling with God’s direction for my life, then this moment made it burst up to the surface with a force that surprised me.

This is part of what it is to be a monk. To live in the continual awareness of giving up one’s will to God, to love, to service, to something greater than one’s own needs—that is the call. It means to learn obedience to the abbot and the community. It means to be patient with others and with oneself. It means to rise from slumber in the middle of the night and go to watch with Jesus and pray in the darkness. It means to keep silence in a world where people shout and scream at one another.

For a few blessed days each year I return to Gethsemani. Like Jesus going to the garden I will wrestle some with my will and those things that are trying to drown out the Divine voice. I will sit in the silence so that I can better hear the conversation that is going on within me. I will pray for God to quiet the din of distractions that press in on me. I will pray for those I love and those who may not love me.

For those few days I will become more like the monks. I will be alone with God in an intense intimacy. I will be in an intentional community of others who are doing the same. I will rise early to prayers. I will sing the Psalms. I will listen as deeply as I am able. I will live a rhythm of prayer and work that has been sustained for centuries—and has sustained those who have lived it.