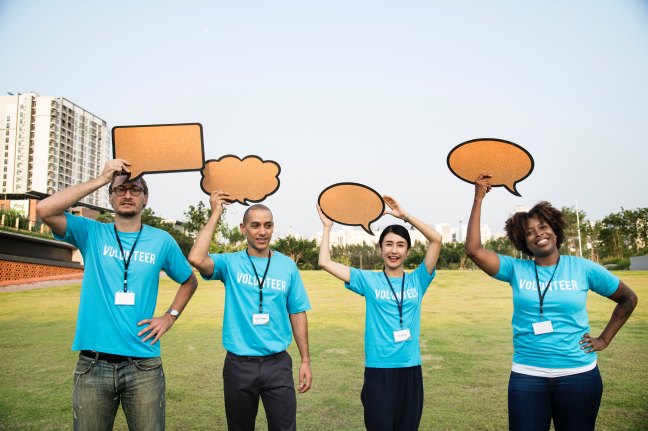 Have you gotten any compliments lately? Has someone close to you said something good about you and how you go about your life? I hope so. Compliments can go a long way in helping us keep our heads up and moving forward.

I received a couple the other day. One came from a staﬀ member who complimented the way we’ve been able to conduct business since I arrived in my new setting. I appreciate that. It felt aﬃrming. I know that much of our sense of cooperation is found in our willingness to allow each person to use their gifts in the best possible way to build the community. Each of us is making a contribution, and hopefully we are ﬁnding ways to appreciate one another in the process. That may be part of what makes the diﬀerence. We have actually taken some time to highlight our achievements and remind ourselves that there are good things going on in our working community. That someone notices and oﬀers a compliment builds up everyone else. A quick compliment can gain some real traction when it is shared in a public format.

Someone else complimented me on the way I handle a pretty public task. He said that really liked the way I was doing it. It was a very quick comment oﬀered without a great deal of context or forethought. It just sort of sprang out. No one else was there to hear it, nor did he mean for anyone else to hear it. It was just between the two of us and that was enough. It, too, was a compliment that bolstered me a bit. I’m sure that he did not think he was aﬀecting the whole community by what he said, but the truth is that it helped me, and that will ripple out towards others as well.

To be fair, it should probably be mentioned that negative comments also aﬀect individuals and the community. A sour word spoken in anger or ignorance tends to bring down everyone around it.

As a pastor I’ve encountered plenty of those as well. I will have worked diligently on a sermon, studied thoroughly, prayed in preparation, considered how it would be delivered, and then done my best with it. And all of that has been brought low by an unkind or unreﬂective comment oﬀered by someone at the back door. I have stewed over such comments for hours and days. Such comments have hindered my spirit and attitude in ways that others have not seen or felt. A little note of discord resonates inside me for longer than one might expect.

Perhaps that is true for all of us. One negative comment tends to have more impact than we imagine it should. One note of deprecation tends to drown out a host of good things. That one word weighs on us with more gravity than is good for us.

On the other hand, one positive compliment we tend to disregard or brush oﬀ rather than taking it to heart. Rather than allowing it ring out loud and clear, we muﬄe it under a cover of false humility lest we ﬁnd ourselves feeling prideful. Sometimes a compliment is hard to say, but it may be even harder to hear.