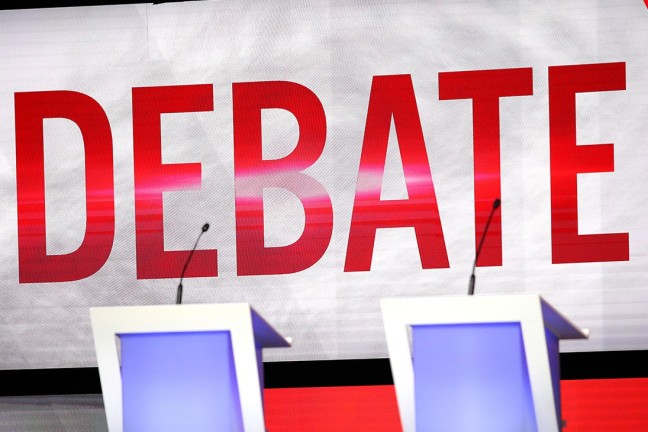 So honestly, I did not watch the Presidential Debate last week. There were several reasons why.

To begin with, it was starting right at my bedtime and I’m trying to adjust my schedule for Fall and Winter. Just like when I was a child and Dad and Mom wouldn’t let me start television shows that wouldn’t be over by bedtime, I had the ready-made excuse that the show was off my schedule to begin with. Perhaps the scheduling is intended to keep it to an ‘adult audience.’

Truth be told, there is not a lot of debate in my mind about how I’m going to be voting in the upcoming election. We are a few weeks away from the day now. I think by this point in time, most people are like me. They have heard and seen enough to have made up their minds. There are very few folks who are going to be swayed at this point in the process. The debates will do little to change that, if in fact the remaining debates still take place.

It seems as if the debates are more for theatrical purposes more than for politics. People are watching to gain an impression of a candidate, either positive or negative, rather than to be educated or enlightened on differences of policy or process. One would almost get the feeling of the classic western playing out between good guys and bad guys, and, of course, in this race we have nothing but guys to consider. As someone else characterized it— this was more like WWE wrestling than a real debate. So who ‘wins’ a debate like this? Depends on which side you’re already rooting for, it would seem.

I know that we have ‘debates’ as a way of practicing our democracy, but I’m probably not the only one who is thinking that somehow we have lost something here. From what I heard the day after, it sounds as if it was more of a debacle than a debate. Lots of loud interrputions, lots of theater, but not lots of information or inspiration. It sounded as if it was painful to sit through and left a sour taste in the mouths of those who watched—and I received that same report from both sides. Someone said that the late night comedy shows had just been handed enough material to go for weeks without having to try to come up with anything new on their own. I don’t think that’s what we really want. It also makes me think that going to bed early was the better choice. When we get to a place where not watching the debate makes me feel like the real winner, then we may be doing something wrong.

In our current political climate it seems that the only game in town is negativity. The object is to paint the opponent in the worst light possible. There is not a whole lot that gets introduced in these debates. It is mostly a rehash of the talking points that have been making the rounds for a while now. ‘Debates’ have devolved into a public display of attacking and denigrating the opposition.

As I remove myself somewhat from all of this I am more inclined to spend time in prayer and silence. I am more inclined to discern what directions and decisions lie ahead rather than be caught up in the current noise of the political machine. So forgive me in you must, but I am approaching these next few weeks with a different mindset and a different means of working through the process.

I find myself asking different questions than the moderator of the debates might. In the midst of a global pandemic, how do we as the United States learn from and assist others who are trying to stop this virus? In the midst of the economic fallout from the pandemic what will we do for our citizens and for others in the world who will be dealing with the effects for years to come? In a world where ‘health’ has become something of a commodity, how do we ensure that valuable medicines and vaccines are available on a humane basis? In the midst of social and civic unrest how do we find ways to address the underlying issues that have festered for my whole life? What is the proper place of faith in the midst of the inter-connected crises that plague us right now? In essence, my questions are important but not necessarily prone to or even capable of easy answers. A sound bite will not solve them.